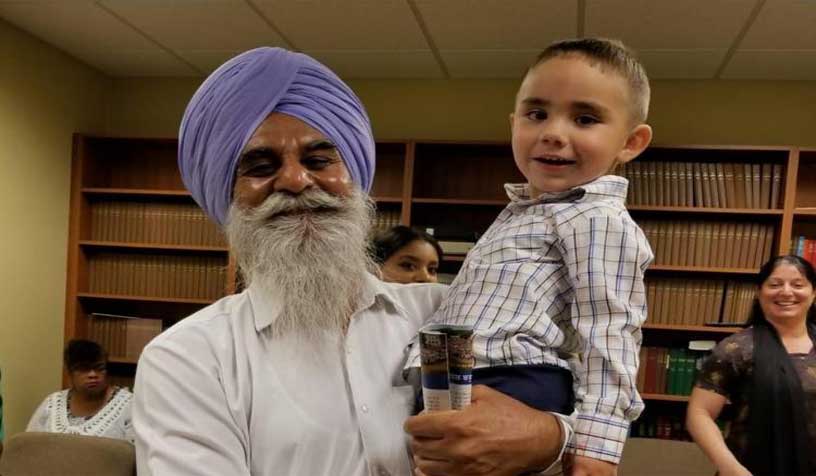 Mulvihill said there was insufficient evidence to hold Kreiter-Rhoads for trial. The judge made his ruling after three days of testimony from 17 witnesses, also citing lack of probable cause and lack of motive.

“We are very disappointed,” Harnek Singh Kang, the deceased man’s son-in-law, told India-West. “I was there on every court date. There was very good evidence and we expected he would be convicted of murder.”

“If he’s not the one, then whoever has done this needs to be in prison,” said Kang, who referred to the late Indian American man as his father, having lost his own in childhood.

Kreiter-Rhoads, who had been held without bail since last August, was released from custody on Oct. 6, according to the Tracy, California Police Department. Prosecutors have said they may re-file charges against the suspect, but need more evidence from police.

GPS data taken from Kreiter-Rhoads’ cell phone shows him at the park at the time the incident occurred, after which he returned to his home.

According to reports from the Tracy Police Department and the San Joquin County Coroner’s office, on the evening of Aug. 25, 2019, as Singh, 64, was taking his daily stroll in Gretchen Talley Park near his home, Kreiter-Rhoads allegedly ambushed Singh by coming up behind him and then slit his throat with a knife. Singh also had knife wounds on his hand, according to the coroner’s report, indicating he had tried to defend himself.

Singh bled out at the scene, even as emergency personnel attempted to administer aid.

Kreiter-Rhoads was arrested at his home Aug. 31, based on surveillance camera footage that showed someone matching his description fleeing from the scene, and tips from the community. (See earlier India-West story here: https://bit.ly/2ktlKbS)

Sgt. Miguel Contreras of the Tracy Police Department told India-West that a detective has been assigned to the case to re-examine all evidence for further clues. “The case is currently an open homicide investigation,” he said, noting that the evidence was circumstantial.

“It is important for us to paint a better picture for a better resolution,” added Contreras, noting there was no suspect statement or victim statement.

The officer said police were looking for evidence of a hate crime, but no motive has been established in the case. Contreras could not say what additional evidence was needed to prove the case against Kreiter-Rhoads.

Singh’s wallet and cell phone were found near him, seeming to suggest that robbery was not the motive.

“This is high priority for us. Anyone that needlessly loses their life in this manner…it affects our entire community,” Contreras told India-West.

The United Sikhs, which had advocated on behalf of Singh and his family, released a statement Oct. 7 demanding FBI intervention into the possible hate crime.

“All of the indications of a possible race and or religious hate motive are present in this case,” stated Jasmit Singh of United Sikhs. “But prosecutors and police should have cast a wider net for proof.”

“We stand against hate of any kind but especially when one of the most vulnerable members of our community is taken in a senseless and cowardly attack. We demand justice and peace for Parmjit and all victims of hate crimes,” stated Singh.

Parmjit Singh and his wife had arrived from India just two years earlier to live with his daughter, Mohini, and son-in-law, Harnek Singh Kang. He worked at the Ghirardelli Chocolate Factory in Stockton. Singh leaves behind his wife Amarjit Kaur, son Surinder, daughter Mohini, and three grandchildren. Singh and his wife were living with Kang and Mohini.

Is My Religion Stifling Freedom of Speech?